The dangerous consequences of being a challenge
<< Back to list

The dangerous consequences of being a challenge

Whether you are a man or a woman, if you have recently shown too much interest the person you care about and you see that they are overwhelmed by it and are starting to push you away, then the only way to fix the situation and become more attractive is to become a bigger challenge for them, and you can only do so by giving them more space and showing a lack of interest.

The easiest ways are simply to limit or completely stop initiating contact on your part. For  example: finish conversations faster, or don’t initiate the contact with this person, which probably didn't happen to you until recently.

By doing these things, you have an influence on the person in two ways. First, by becoming more challenging in the long run you will start to attract them emotionally - the bigger the break in contact, the more willing this person will be to think about you, or even speak to you.

But at the same time, by showing a lack of interest, you can arouse hostility, which makes it easy to scare the other person, and hence you stop being a challenge again. Let's see what a hypothetical situation might look like.

Kasia broke up with Adam after 5 years of relationship. It was very hard for him and he had been trying to get her back for two months. All the time they had contact with each other, but the situation not only did not move forward, but on the contrary, it was getting worse and worse.

Kasia was more and more tired of this situation and from the initial compassion and understanding towards Adam, she started feeling more irritation and reluctance. On the one hand, she felt good knowing that Adam was waiting for her and she could always come back to him, but on the other hand, she knew that this relationship had no future and she did not feel anything for him.

When Adam gained some knowledge about being a challenge and saw the mistakes he was making, he stopped contacting Kasia completely, even though he cared about her all the time. And this is where the trap awaited him. Because Kasia, even though she didn't want anything from him, she didn't like it very much that Adam stopped talking to her. 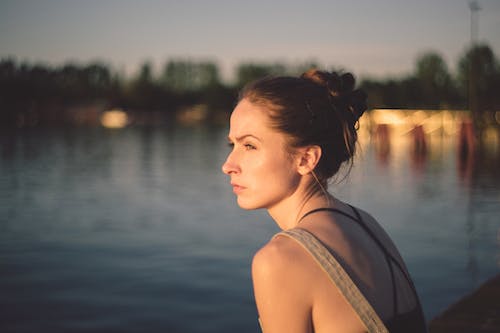 She felt that she was losing him and it wasn't a pleasant feeling. She even started to suspect that he might have met someone new, so on her side there were some claims: "Well, yeah! You were so much in love, and now you're suddenly breaking contact and not even calling me back! If you really cared about me, you wouldn't give up so fast.

The trap is that Adam’s behaviour aroused hostility in Kasia. If Adam gets scared and starts to show more interest right away, he'll immediately show that he's really been at her fingertips all the time and still he is not a challenge.

The only good thing to do in such a situation is to mitigate hostility as much as possible without showing any interest. Adam's attitude could look like this:

"I'm sorry if I offended you. I really didn't want to. I haven’t talked to you recently because I've been a little more busy lately. Of course, I'd love to talk to you in a friendly way if you need to, but remember that we're not together anymore and we both need to be more distant.

Another example is my client's story of a woman who had to fix her challenge frame and to do so, she just started to make it clear to the man who broke up with her that she was dating someone else. When he saw it at first, he was even upset and so convinced that he had this woman at his fingertips that he even demanded that she stop seeing this new boyfriend because if not, he would never speak to her again. If she had been scared of this threat, she would have shown that he still has her on the string, and in practice she is not a challenge for him.

But fortunately, thanks to my advice, although having great doubts, she did what I suggested her to do. She told him: "I'm sorry if you want to break off contact completely, but if you can't accept that I'm seeing someone else, I'll understand that, of course. Then he didn't really talk for a week. But then he apologized to her and gently requested not to fool around, but to end her acquaintance and try again with him. When she refused to do that, he got upset again, but after another week he apologized to her again and this time he even sent flowers. This did not mean that she immediately agreed to be with him - because returning to your ex-partner should  be a process, not an event.

Hostility, which is a side effect of becoming a challenge, is not a big obstacle and usually does not last long, but it is important not to fall into a trap and not to be scared by first reactions of the person you care about.

Back to your ex - chances